Created in 2009 the “Click for Kids Award” is to be presented annually by the Boys & Girls Clubs of Tucson.  It is the Clubs’ highest recognition and expression of gratitude.

The “Click for Kids Award” recognizes one person, couple or organization that have made a substantial impact on the kids at the Clubs over a significant period of time.  It was created in Honor of long-time friend, mentor and supporter of the Boys & Girls Clubs of Tucson, Jim Click.  It is an award and recognition that is presented by the Clubs’ Board of Directors, Staff and the members at the Annual Steak & Burger Dinner in June each year. 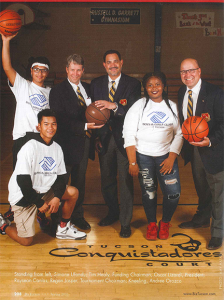 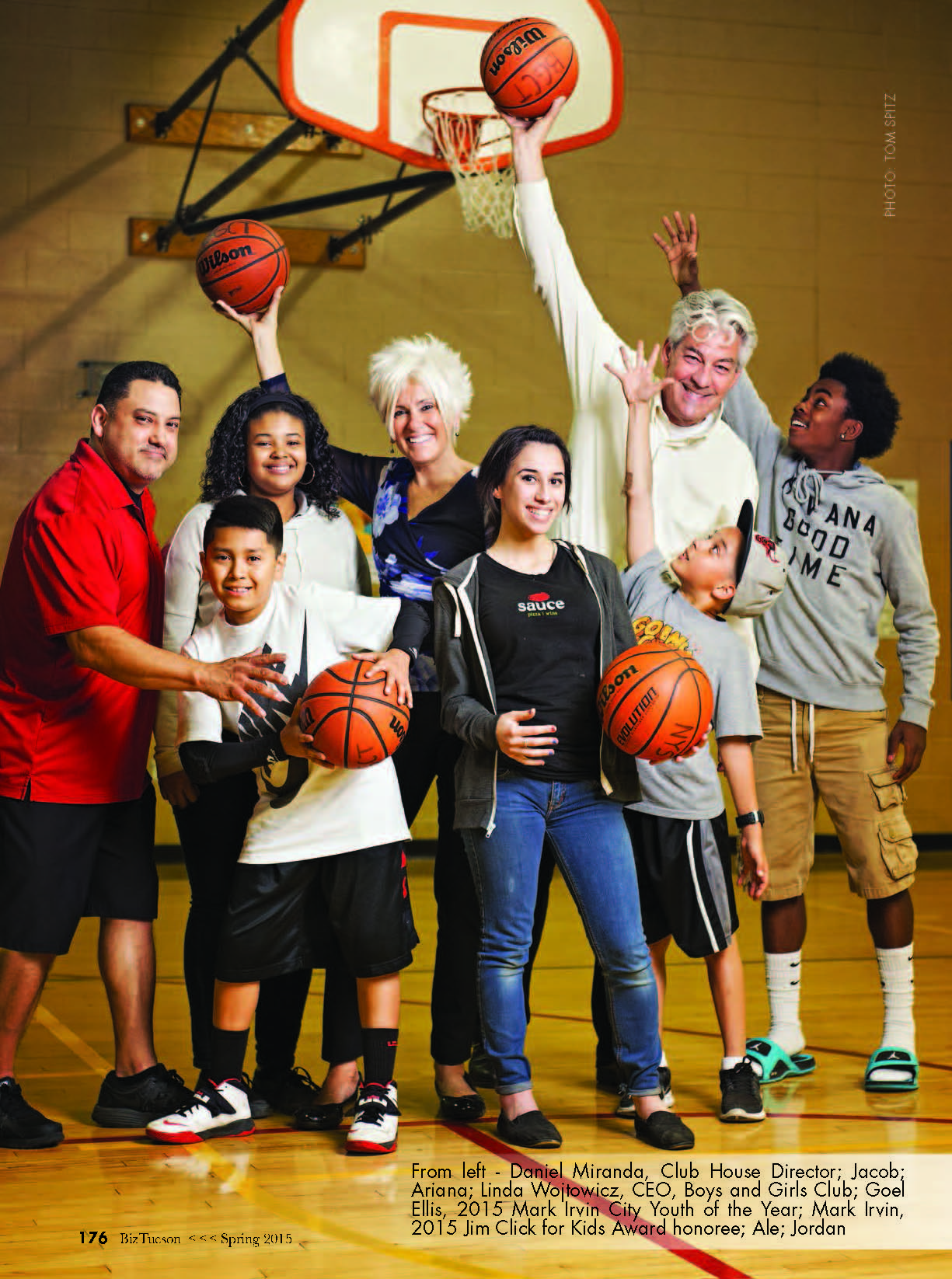 Mark Irvin’s passion for the Clubs runs deep and for 24 years he has invested his time and energy to ensure that the Clubs are funded and able to provide kids in Tucson’s most disadvantaged neighborhoods with the promise of a bright future. Mark has held countless roles throughout his tenure on the board; Board President, chair of Planning and Development, Nominating and Benefactor Committee and Co-Chaired the Auction, Sponsorship, The Event and The Party Committee. Mark is also one of the founders of The Event and The Party. Most recently Mark stepped in as unpaid interim CEO when the Clubs were in need.

Over the years his contributions to the Clubs have been many including remarkable fundraising and recruiting efforts.  He created the Click Founders Circle, which raised the operating funds for the Jim & Vicki Click Clubhouse. He also recruited over 30 Associate Board Members and Board Members. He takes every opportunity to speak to groups and individuals to secure funding and establish relationships that will sustain the Clubs’ programming. Mark is also responsible for countless gifts, but some of the most recent and significant are Rollin’ for Ninos, and furniture donation from Mutual of Omaha Bank.  Mark was also a founder of the EVENT and the PARTY and part of the leadership team responsible for the infamous million dollar Auction.

Mark leads by example, and always makes time for the Clubs regardless of how time consuming his other commitments may be.  He is well-known throughout Tucson for his passion for the kids, and inspires others to join in and support the Clubs anyway they can.  Mark recently engaged the Tucson Fire Department to adopt clubhouses and also has been responsible for connecting the Clubs with the Davis Monthan Air force Base.

Mark is a truly deserving recipient of the “Click for Kids” award!  Congratulations Mark! 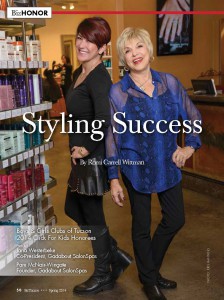 Mother-Daughter duo Pam McNair-Wingate and Jana Westerbeke have demonstrated a huge impact on the clubs since Pam joined the Board of Directors in 1984 and Jana in 2002. Both have contributed countless hours of time serving in leadership capacities (Jana was the Board President in 2008 and The PARTY Chair in 2012) and have a made more than $500,000 in  direct financial contributions and an additional $150,000 in in-kind support (through their successful salon Gadabout).

With over 30 years of service, Mr. Lovitt is the Boys & Girls Clubs of Tucson’s longest tenured board member.  He was part of the original group of 25 people who got together over 35 years ago to save the Clubs from closing.  Mr. Lovitt has been responsible for raising between 12 to 15 million dollars, and co-created The EVENT, The PARTY, The Click Founders Circle, and The Million Dollar Holiday Auction. 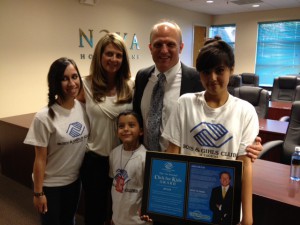 Jon Volpe has never hesitated to share his story of being a Boys & Girls Club kid and how that experience changed his life, driving him to attend Stanford University while many of his peers had no expectation of college.  Jon and Heather have led by example in their leadership by being long-time volunteer judges for the Youth of the Year, sponsoring and attending almost every event benefiting the clubs.  As the president and founder of Nova Home Loans, they have contributed over $530,000 to the Boys & Girls Clubs of Tucson. 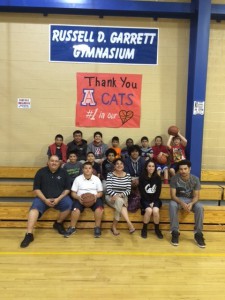 The Garretts have made substantial donations over the past 15 years, including a $100,000 donation for the Russell D. Garrett Gym at the Frank and Edith Morton Clubhouse.  They have been regular sponsors of The PARTY and The EVENT and continue to support the kids. 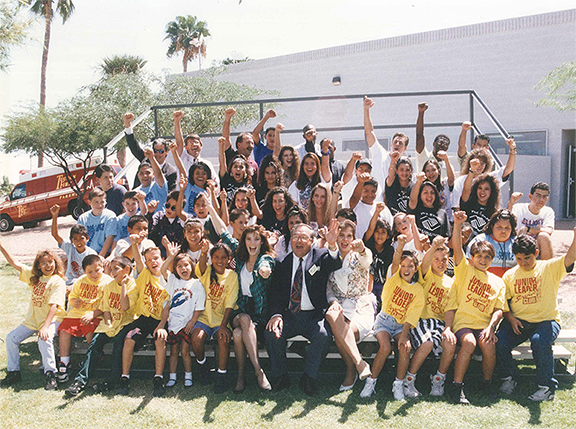 For over 25 years, Mr. Dawson was the Executive Director of the Boys & Girls Clubs of Tucson.  He took the organization from one clubhouse serving less then 1,000 kids to six clubhouses serving close to 7,000 kids. He grew the board of 20 Members to over 65 Regular Board Members, 10 Emeritus Board Members, 15 Senior Board Members and over 100 Associate Board Members. 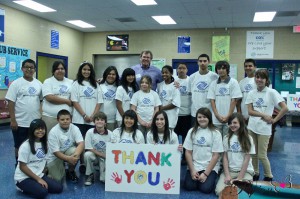 In 1979, after learning that the Boys & Girls Clubs of Tucson were in trouble, Mr. Click stepped in and saved the Clubs from closing.  He personally recruited the first 18 board members, loaned the Clubs the money they needed to survive and coordinated the Clubs’ first fund-raiser.  Since then, Mr. Click’s time, money, energy, influence and passion have helped the kids at the Clubs every day.  Every single one of the strategically located clubhouses throughout Tucson was made possible by his generosity.  One clubhouse, The Jim and Vicki Click Clubhouse, proudly bears his name.